16 / 07 / 2015
Blue Fields is the name of the nine-photo series by photographer Simon Butterworth. The pictures show the incredible shades of blue found at Useless Loop Solar Salt Operation, in Shark Bay, Australia.
The photos were captured from the sky in order to flatten the perspective. Variations of blue result from the reflecting sky, while the brush effects appear thanks to the salt harvesting machine. “The crystallizers (…) take on the appearance of an abstract watercolour”, says the photographer. The series is part of a larger, long term project, Aesthetics of the Unexpected, which explores the relationship between perception, expectation and reality.
Blue Field was a finalist in the 2015 Sony World Photographic Awards, chosen from over 173,000 entries of 171 countries. 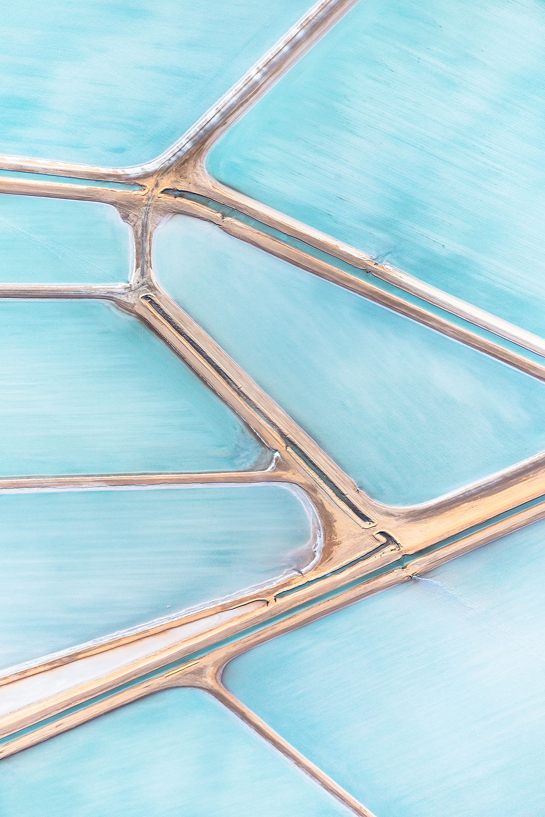 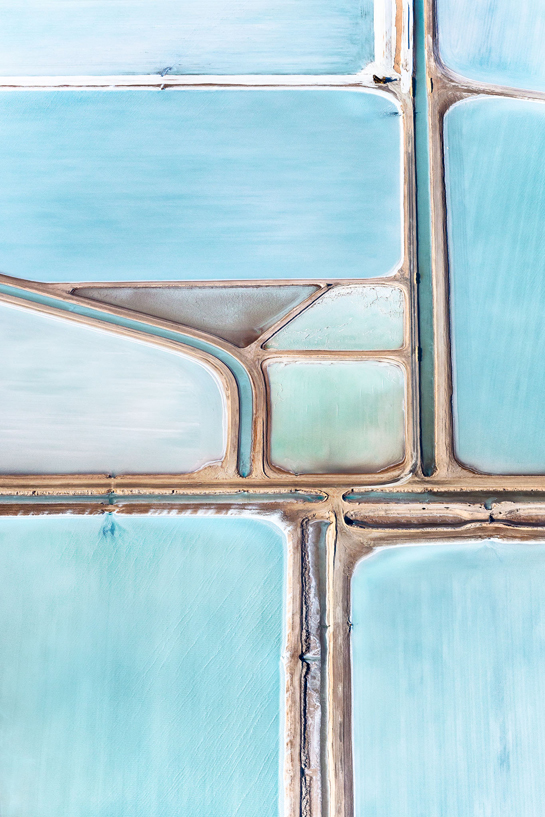 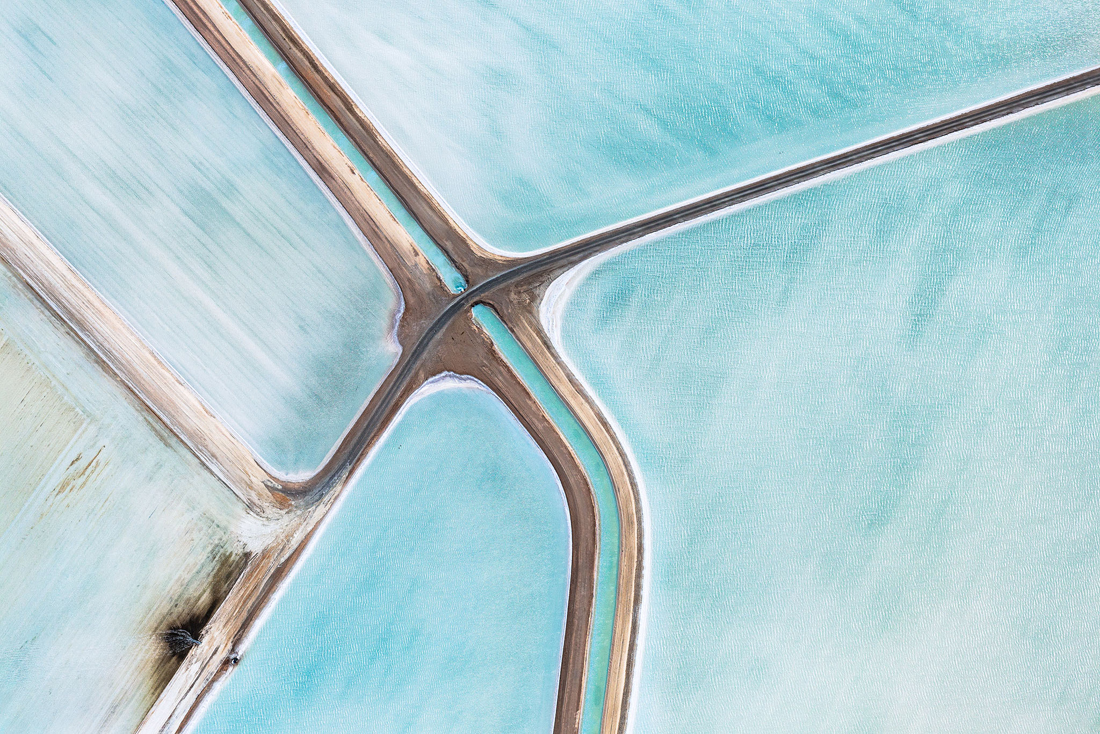 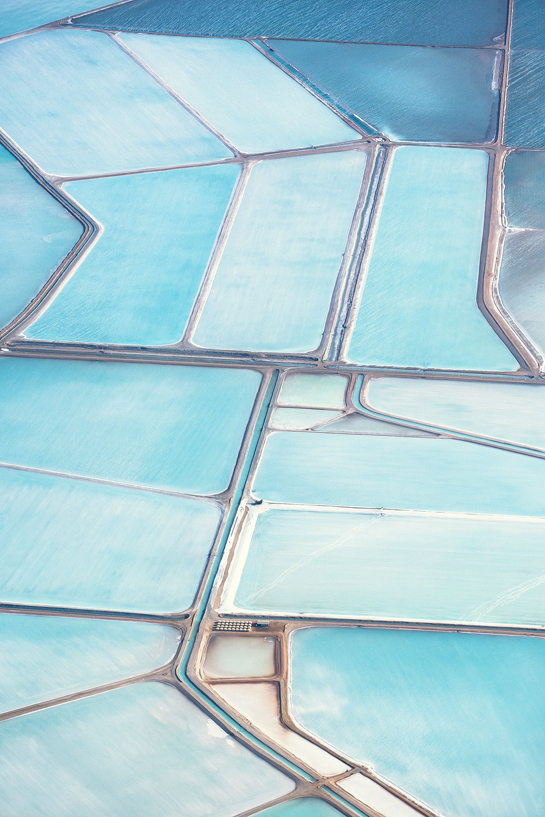 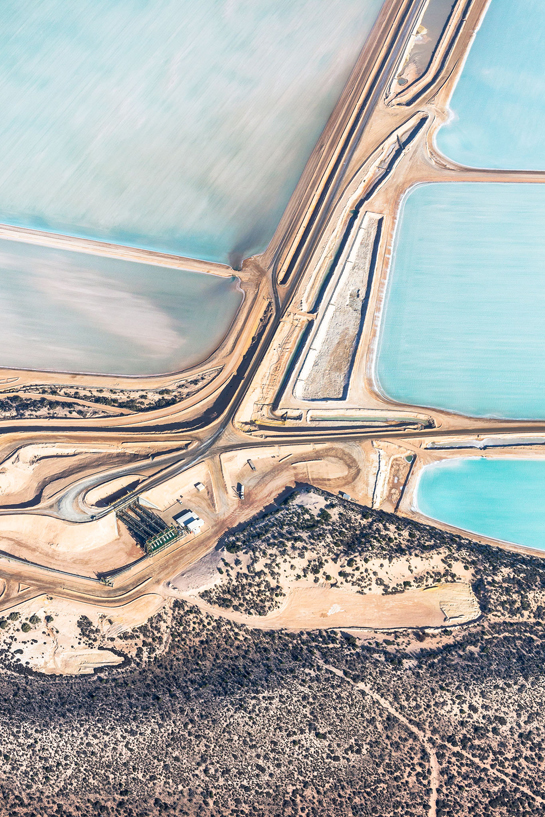 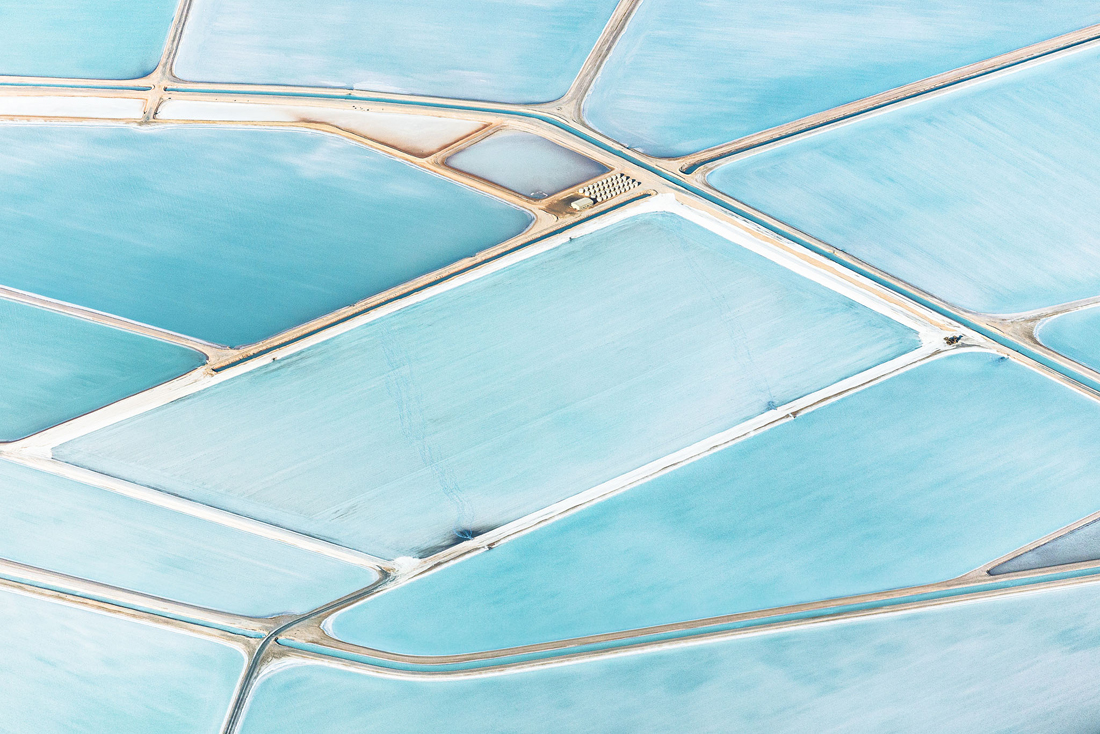 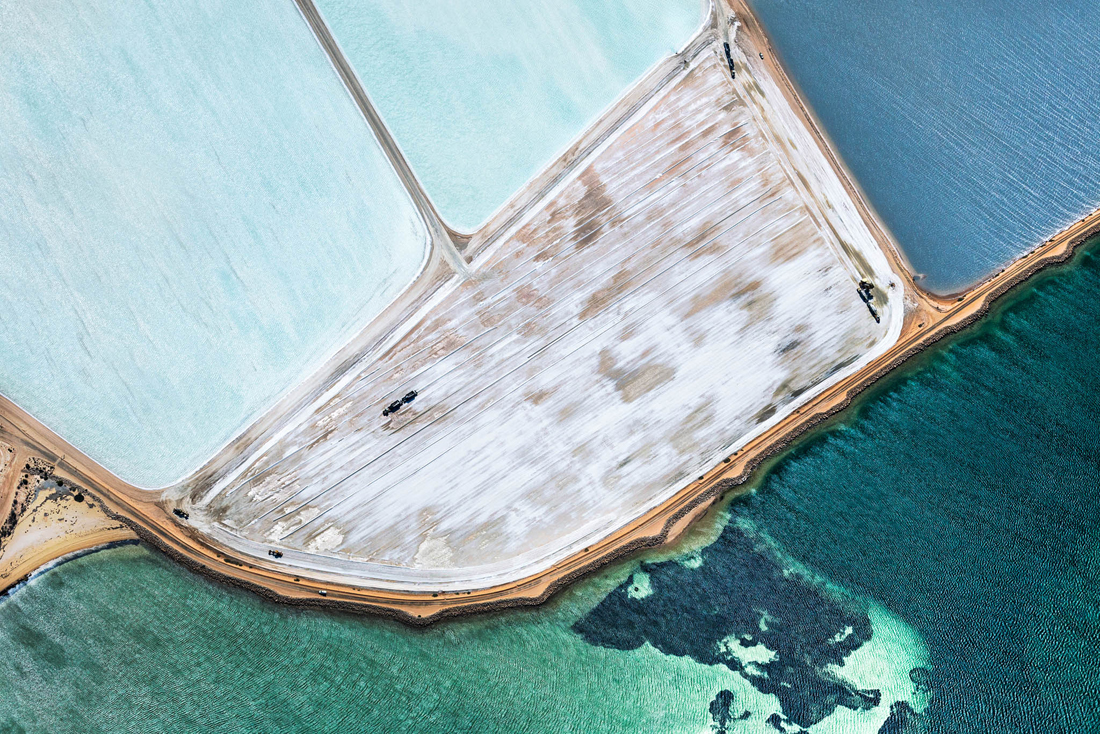 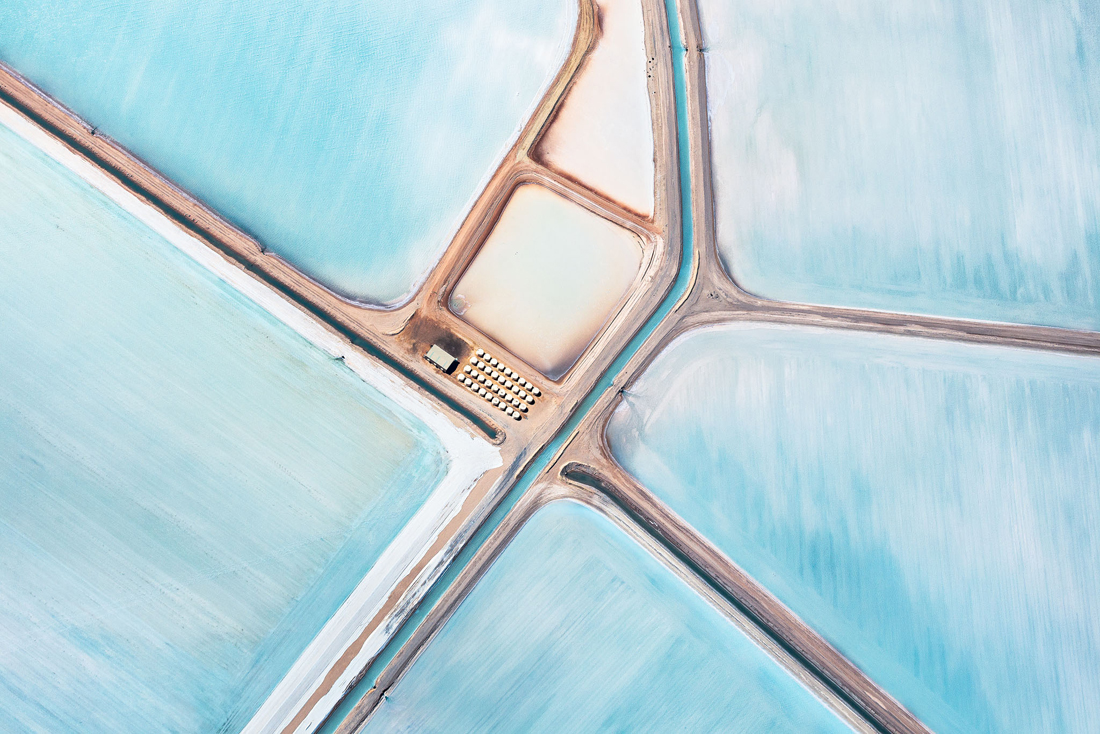